Your basket is empty.
Print

Net prices without VAT or delivery

Hermann Oberth (Father of space flight) on Cacocracy, the worlds enemy No. 1

"Kakos" in Greek means "bad", and "Kratein" "to rule". Thus, "cacocracy" signifies the rule or at least the dominance of the bad.

In life there are numerous options open to any respectable person wishing to advance. These same options are all open to any scoundrel of equal intelligence and energy in a similar position. The latter, however, can increase his alternatives by adding to them courses of action which the respectable person would never consider. Therefore, his opportunities for advancement are more numerous and as a result of this dubious selection there takes place an accumulation of people of questinable reputation among the upper levels of society. The more numerous and influential a given stratum of society, the lower its moral standards will be. It is this circumstance alone which can explain the fact that the world was not a paradise already five thousand years ago. Indeed, the good will of today's leaders, for example, could easily eliminate all misery in the world.

Hermann Oberth
Primer For Those Who Would Govern
1987

Picture right: Hermann Oberth's "kite generator". The wind turbines which produce an electrical current are taken to a height of 10,000 meters with the aid of a balloon, and by means of a cable that serves simultaneously as a stabilizing tether the current is conducted down to consumer stations on earth.

Oberth has calculated that up to 27 kite wind power plants with a unit capacity of 3 000 KW could be maintained from a single fastening rope (on an altitude distance between 3 000 and 10 000 m), which would correspond to a total capacity of 16.2 MW. 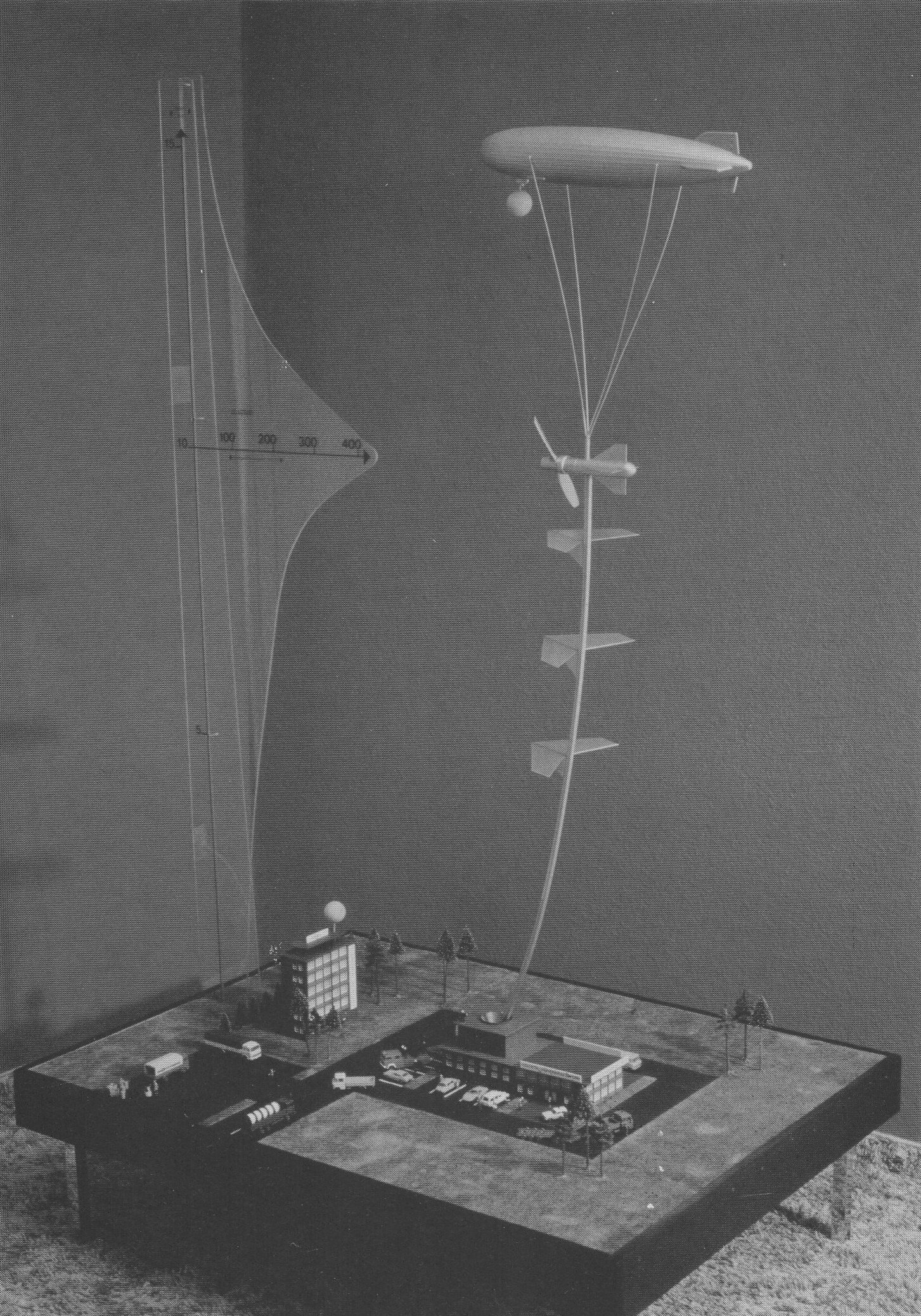